A critical infrastructure site in Melbourne’s outer suburbs, which covers 128 hectares was extremely hard to monitor and was experiencing break-ins, theft of copper and vandalism.

This highly attractive location had little perimeter security, and the large area size made it impossible for guards to monitor all activity on-site.

Wilson Security were engaged to help manage these ongoing issues and implemented multiple solutions. One solution that was proposed was a trial of drones on site. This was proposed as it provides an effective means of regular surveillance for large scale acreage properties.

Drone Security solutions provide a versatile and efficient method to survey and analyse widespread areas in response to security risks and breaches. This non-obtrusive technology can be rapidly deployed and allows for a proactive way of detecting, tracking and reporting on intruders without alerting them.

Wilson Security's Drone was easily deployed to scan the perimeter and report back to the control app, which operators would then view in real-time of the live camera and thermal feed.

The drones were remotely deployed and have Real-time tracking of intruders via a live video feed, that our operators could access to obtain a complete picture of potential risks and threats. Within 20 minutes of being on site, our team captured an attempted theft and reported it to authorities. 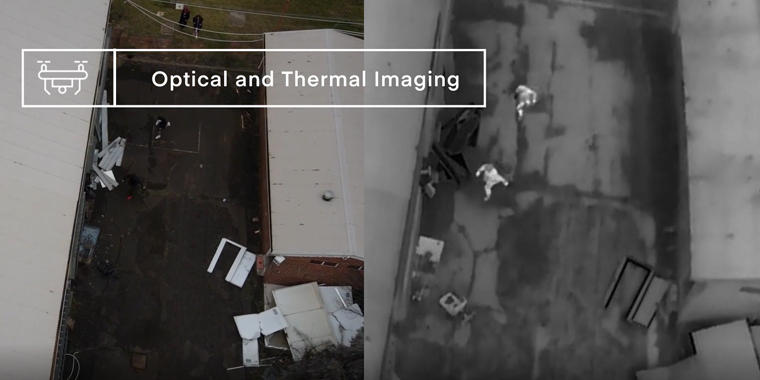 The drones also responded to alarms and event activations instantly through risk-management procedures and security protocols that the team set.

Our staff have been able to immediately obtain a direct image of hard-to-reach locations and blind spots through the dual-camera technology utilising a thermal camera and a 48x zoom optical camera.

Wilson Security's Drone Solution provided the client with the benefit of the potential reduction in crime and may aid in prosecuting offenders. The drone also acts as a visual deterrent for trespassers and complements our existing security presence on-site.

Why mobile surveillance trailers are key for your security program